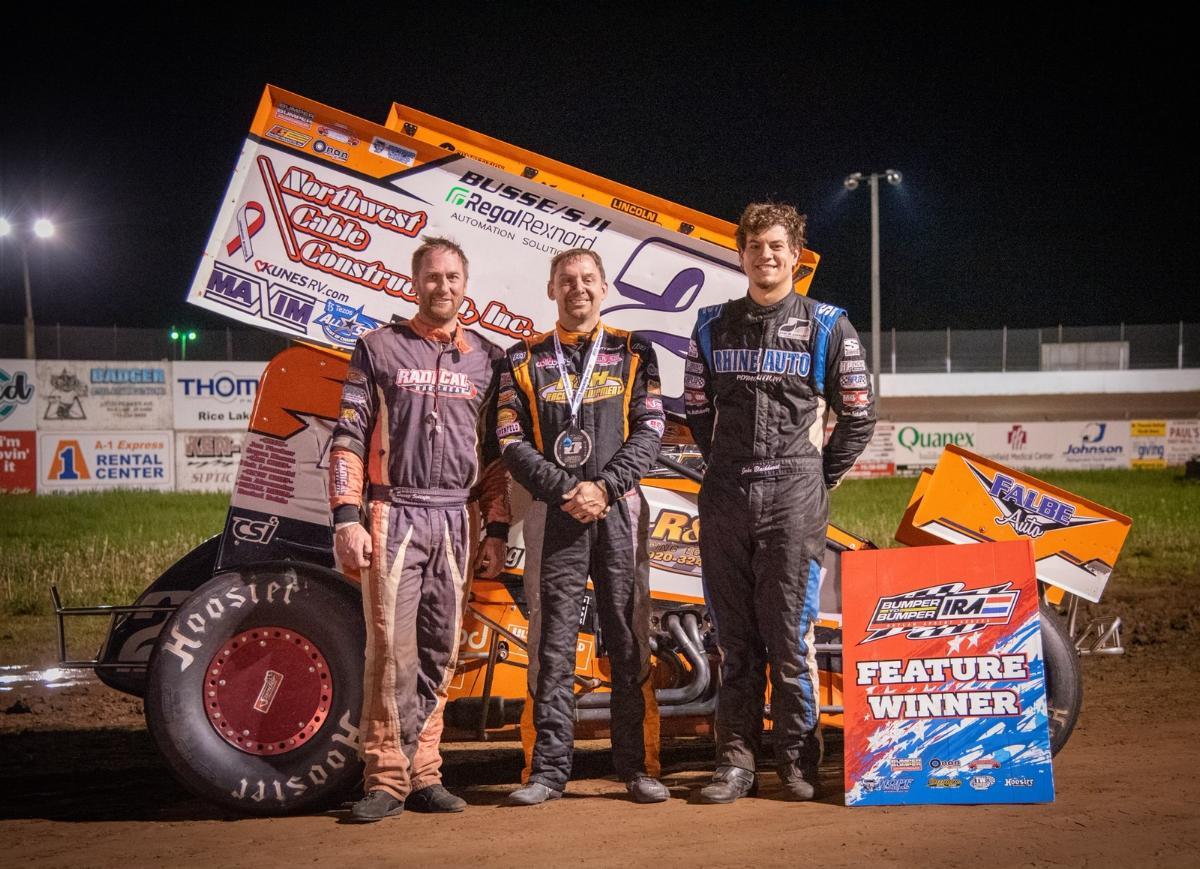 The Bumper To Bumper IRA Outlaw Sprints completed a successful Wisconsin doubleheader this past Memorial Day weekend May 28-29, going from northwest to northeast as they kicked off their weekend at the banked wide third-mile Rice Lake Speedway. IRA hadn't competed at Rice Lake since 2013. The cars ran 3-wide early and a nice crowd came out and welcomed the IRA 410's back. Russ Borland set quick time over the 20 car field- and raced his way to the lead early in the 30 lap A-main by overtaking is brother-in-law Danny Schlafer for the lead. Borland appeared strong but things didn't go well for the #23 as he came up on the back of the field and contact was made breaking the front-end end of the Wiese Trucking entry and putting it into the turn 3 concrete ending what "may" have been Borland's first career IRA A-main win. Schlafer would take command and looked very strong while leading several laps, however it was past 2-time Rice Lake winner Scotty Neitzel who took advantage of traffic to wrestle away the lead and then hold off Schlafer for the win. Jake Blackhurst filled out the podium, with hard-charger Steve Meyer from 9th, and Jordan Goldesberry completing the top five. Dave Uttech, Jeremy Schultz who rebounded from a lap one spin, Jack Venderboom in his first 410 outing of the year, Kyle Schuett, and Kris Spitz rounded out the top ten. Borland set quick time.

Three and a half hours to the east found the IRA at 141 Speedway Sunday for their annual holiday weekend to uniquely shaped big quarter-mile. Jeremy Schultz set fast time over the 27 car field. The A-main belonged to two-time and defending IRA Champion Jake Blackhurst who was dominant aboard the Rhine Auto Maxim. While Blackhurst was in control for the mostly all green affair, a great battle throughout the top ten waged. Blake Nimee and a charging Jordan Goldesberry put on a great battle exchanging sliders multiple time with Nimee hanging on for second. Former MSA 360 Champ Danny Schlafer who has been very strong of late came home 4th, with polesitter Russ Borland completing the top five. Jeremy Schultz, Steve Meyer, hard-charger Scotty Thiel from 19th, Scotty Neitzel, and Jake Neuman rounded out the top ten.
Series points have Goldesberry on top after 6 events with a couple point margin over Schlafer, with a closing Blackhurst in 3rd over Schultz, Neuman, Neitzel, Thiel, Borland, Kyle Schuett, and Jack Rouston rounding out the top ten. IRA would like to thank Bumper to Bumper Auto Parts & Service Centers, Osborn & Son Trucking, TW Metals, Cummins Onan, Hoosier Tire, Sage Fruit, Kool Trikes, A-main Apparel, HRP, Behling, Vahlco, All Star, Kunes RV, and FloSportsTV for their nightly support. 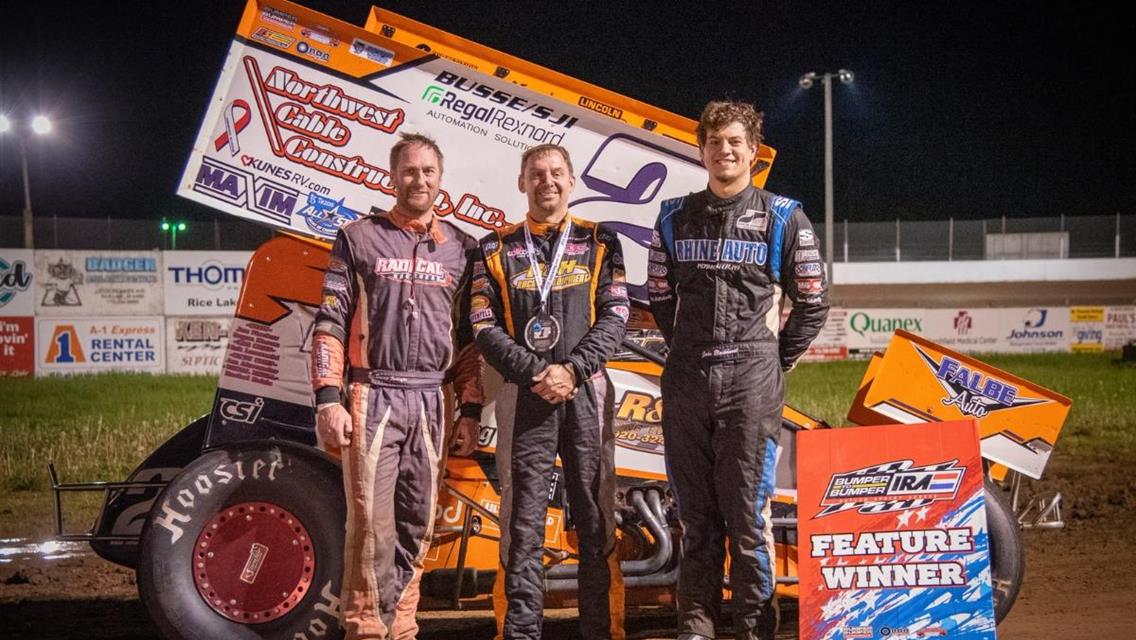 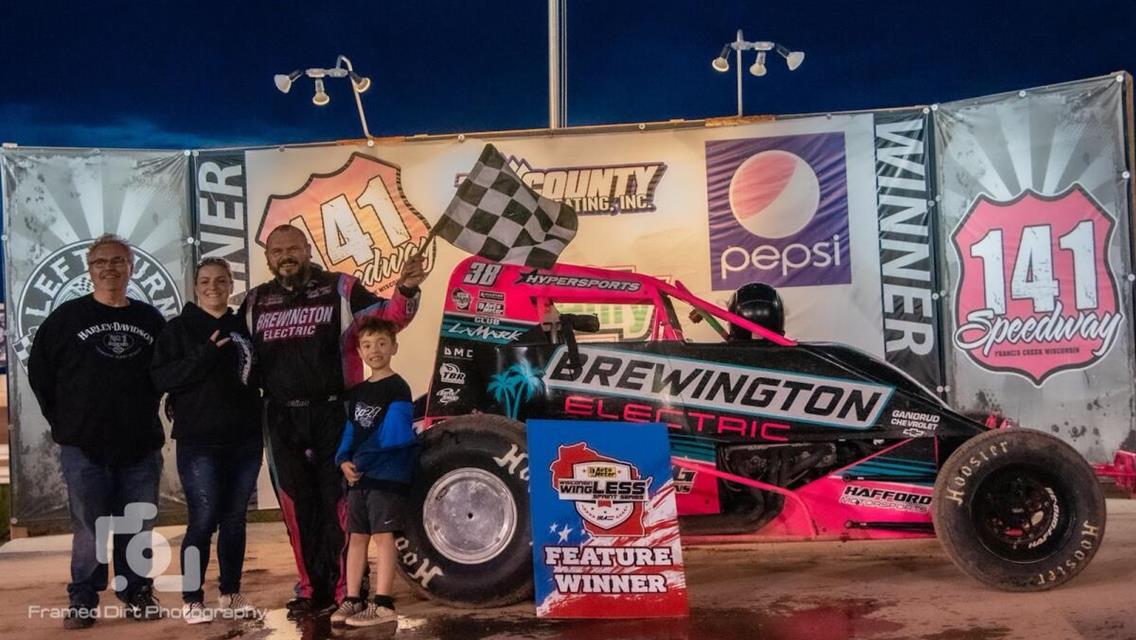 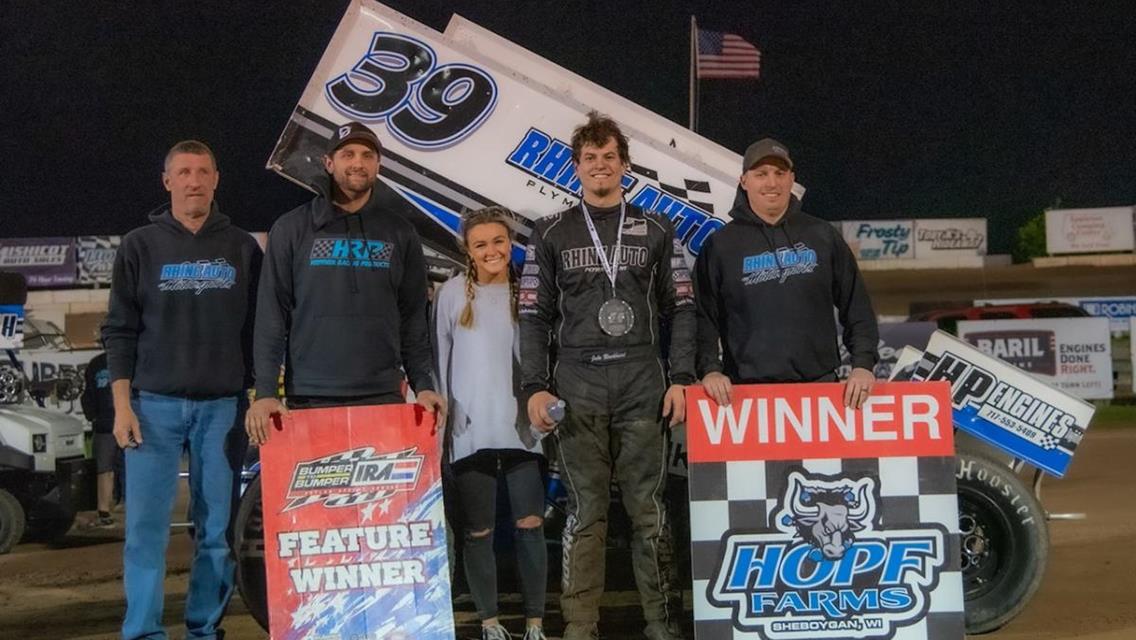 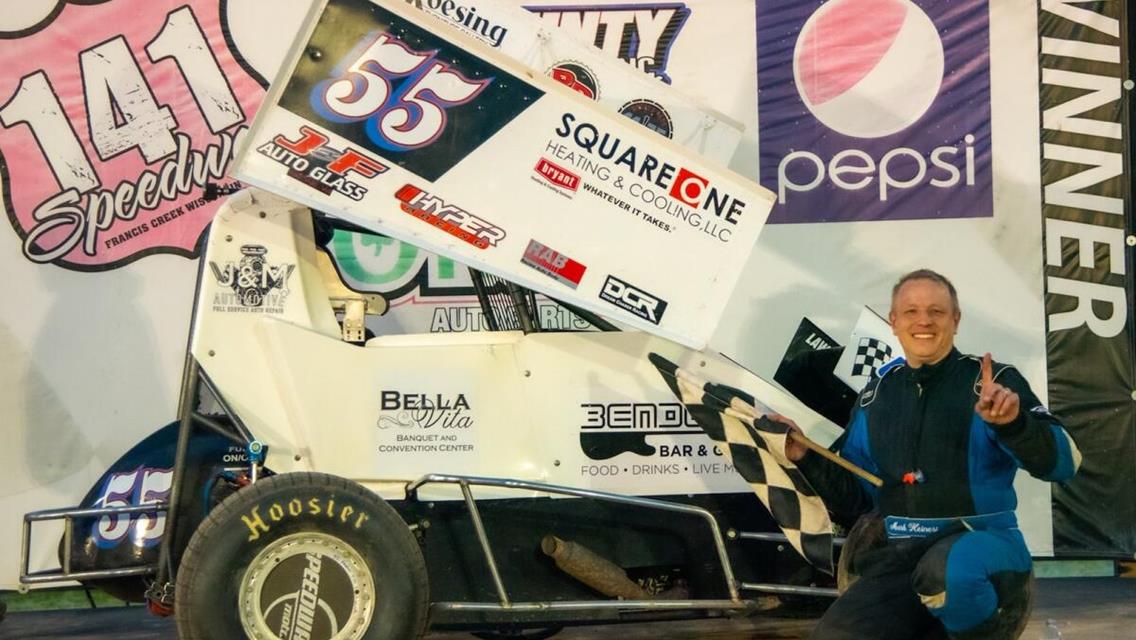