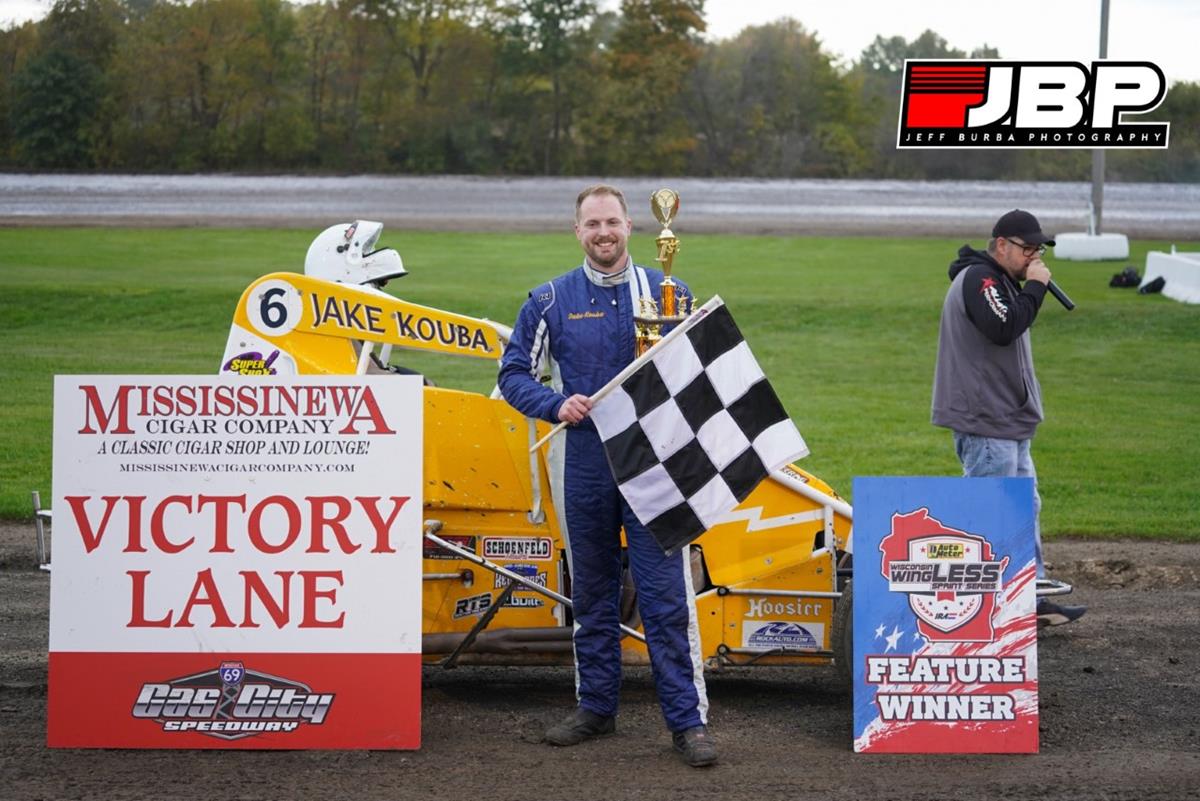 Jake Kouba Takes Night One of Fall Festival of Speed

With the points season wrapped up, the AutoMeter Wisconsin wingLESS series presented by the IRA made a trip to Indiana for one last weekend of racing. 28 teams made the haul to Gas City I69 Speedway for their Fall Festival of Speed and Non Wing Nationals. After persisting through continued mist and rain all night on Friday the track officials and series personal made the decision to stop the night after heat race action and complete the mains Saturday afternoon before running a complete second program.

With a better forecast, Saturday proved to be a spectacular day and night of racing. The afternoon race saw Jake Kouba who made the tow from the twin city’s area of Minnesota claim victory in a hard fought race over young Clayton Rossman. While the evening show which once again faced threats of rain saw series regular Dan Wade finally claim his first career victory over Allen Hafford and once again Clayton Rossmann was on the podium.

The IRA and Wisconsin wingLESS would like to thank all the teams who made the long trip to support this show as well as the staff at Gas City for working so hard to get both nights of racing in. 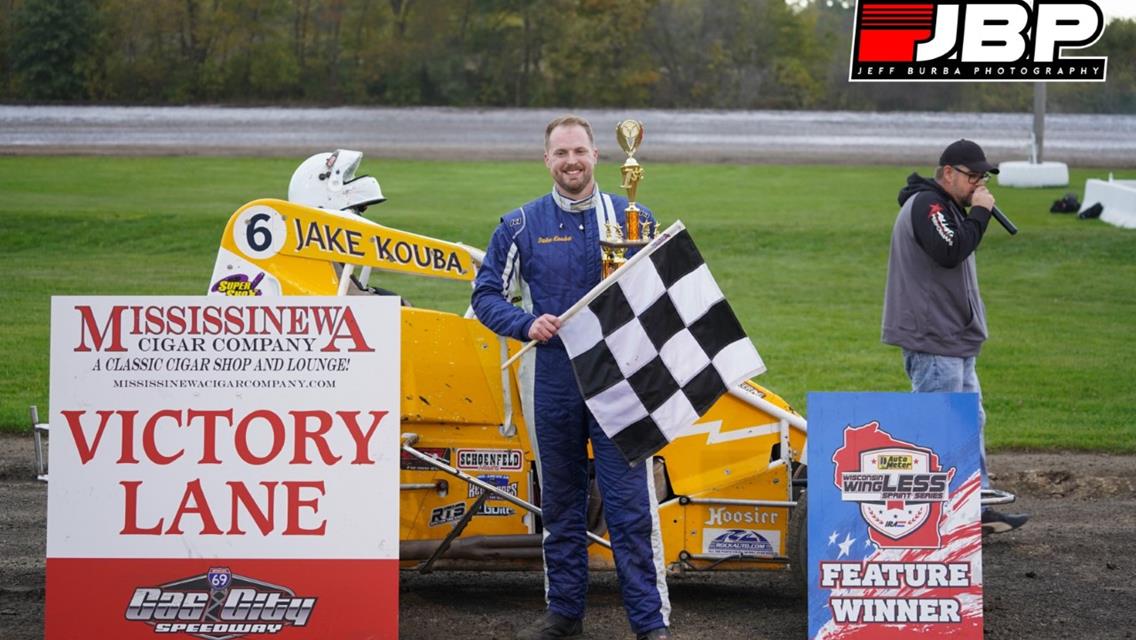 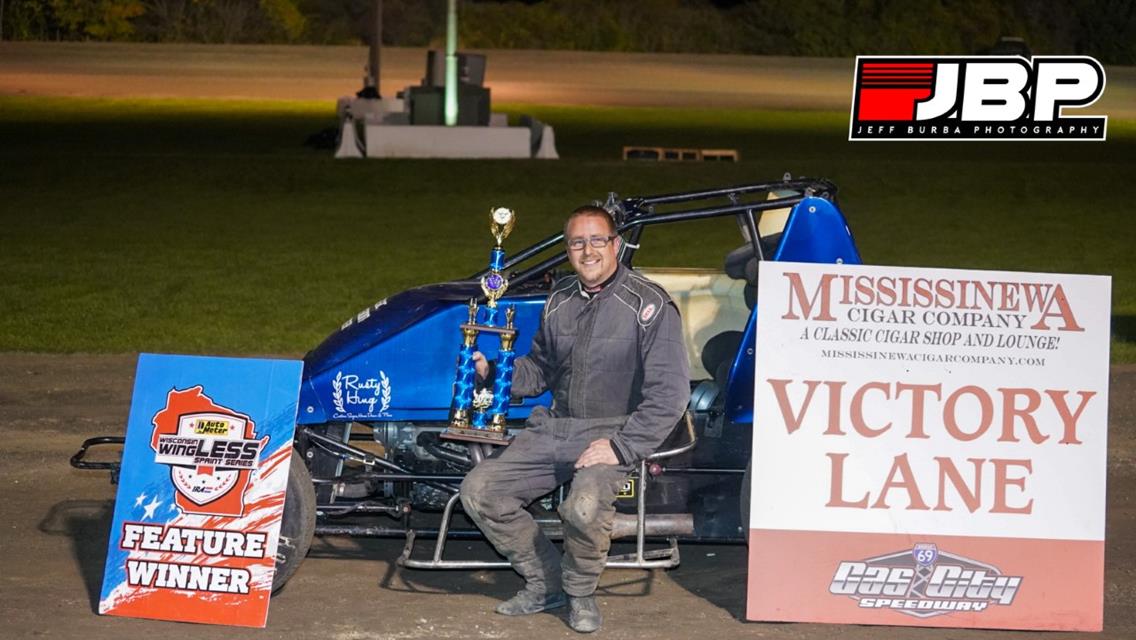