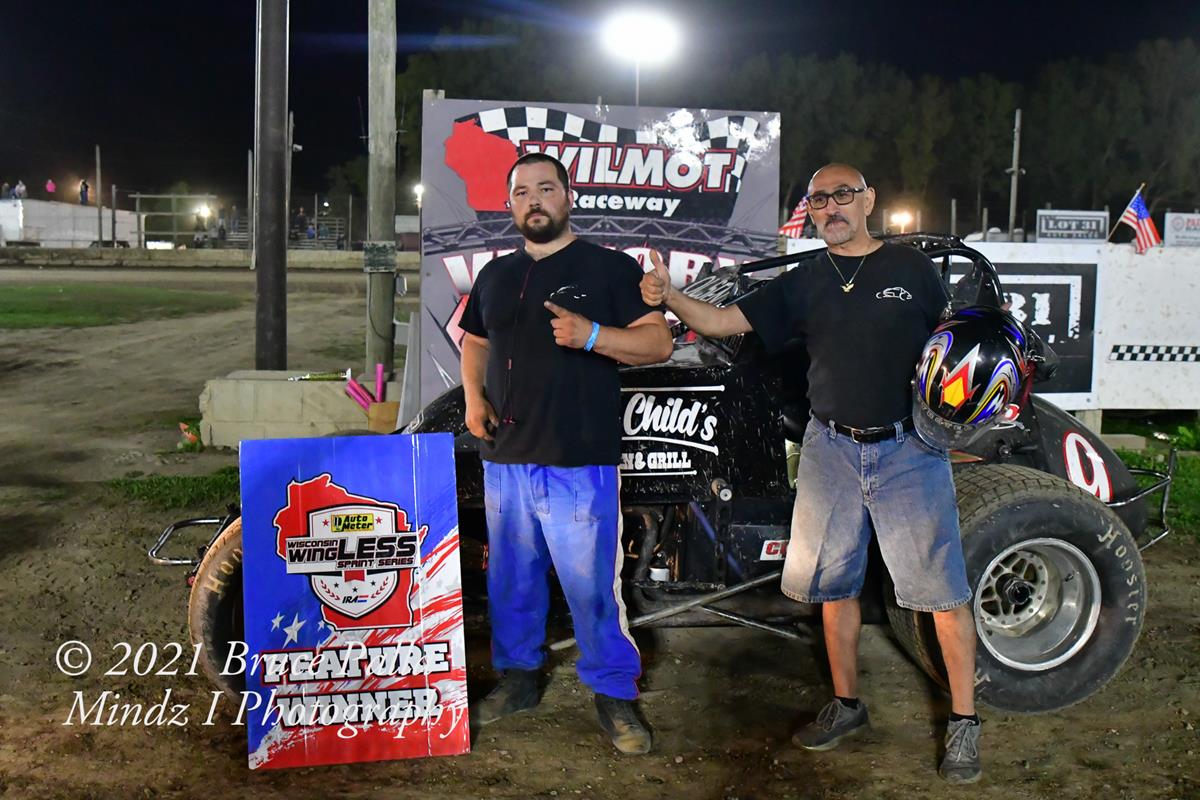 The closest feature finish of the night came in the 20-lap Autometer/Brewington Electric Wisconsin wingLESS Sprints feature. Greg Olsen of Round Lake Beach, IL caught Bristol's Chris Klemko on the final lap coming out of turn four for the checkered flag. Olsen became the 11th different wingLESS feature winner at Wilmot this season, by less than a car length. Klemko, who led the previous 19 laps, finished second. Oconomowoc's Ryan Zielski, Wilmot's 2021 wingLESS Champion, was third. Burlington's Mike Sullivan fourth. Clayton Rossmann of Wadsworth, IL fifth.
"We finally did it this year," said Olsen. "The track was fast and the car was hooked up. It feels great to get the win, even on the final night. I have to thank my crew, sponsors, the great fans who come out." 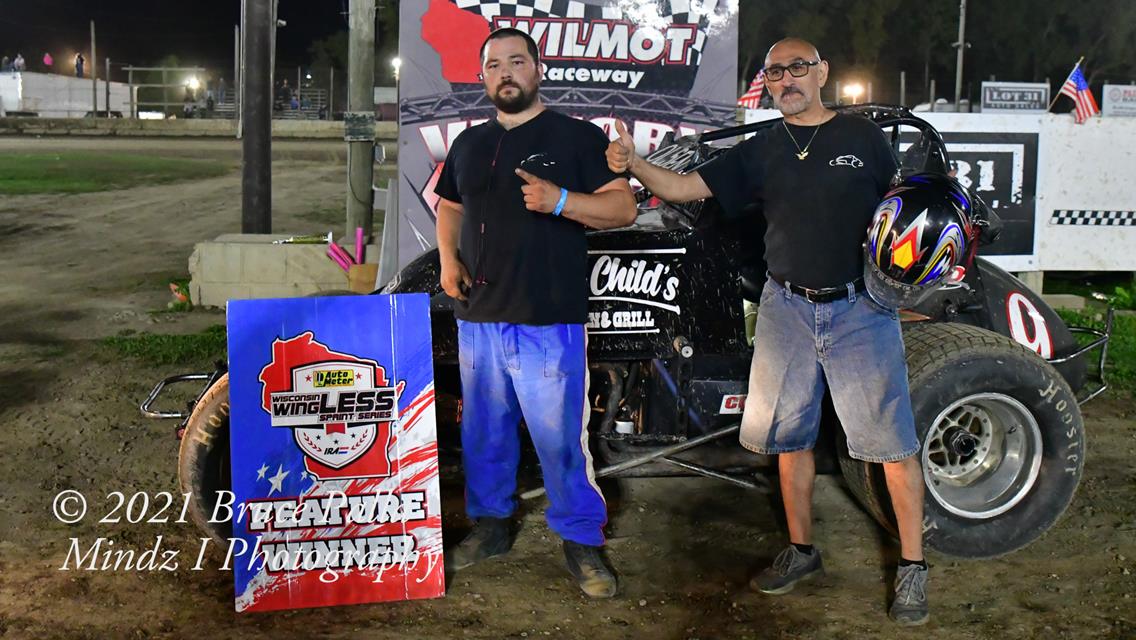 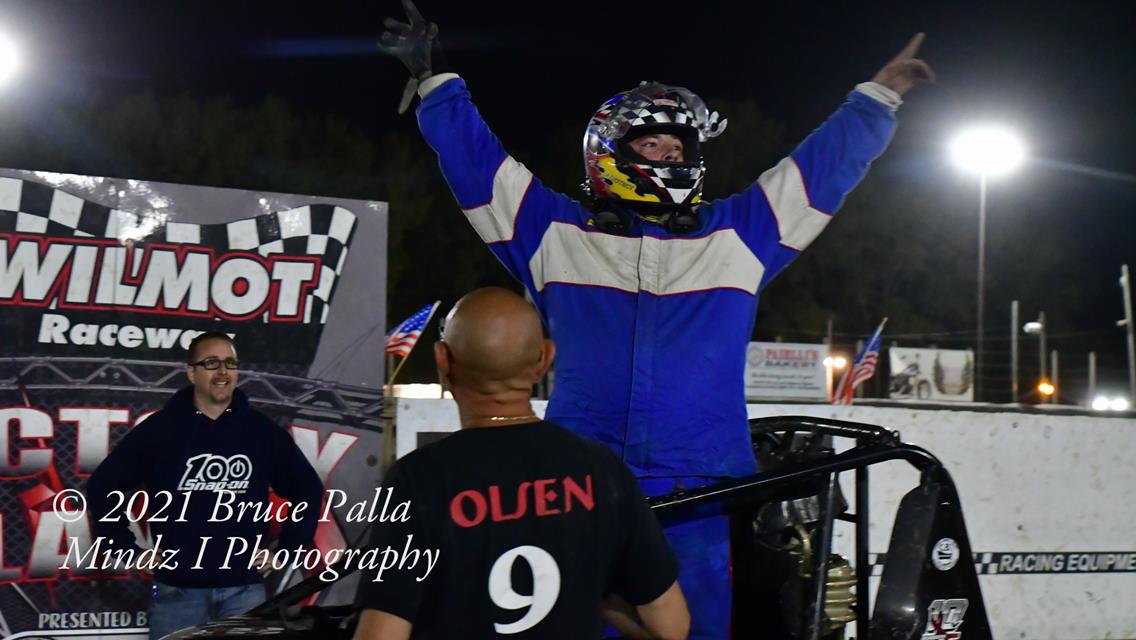 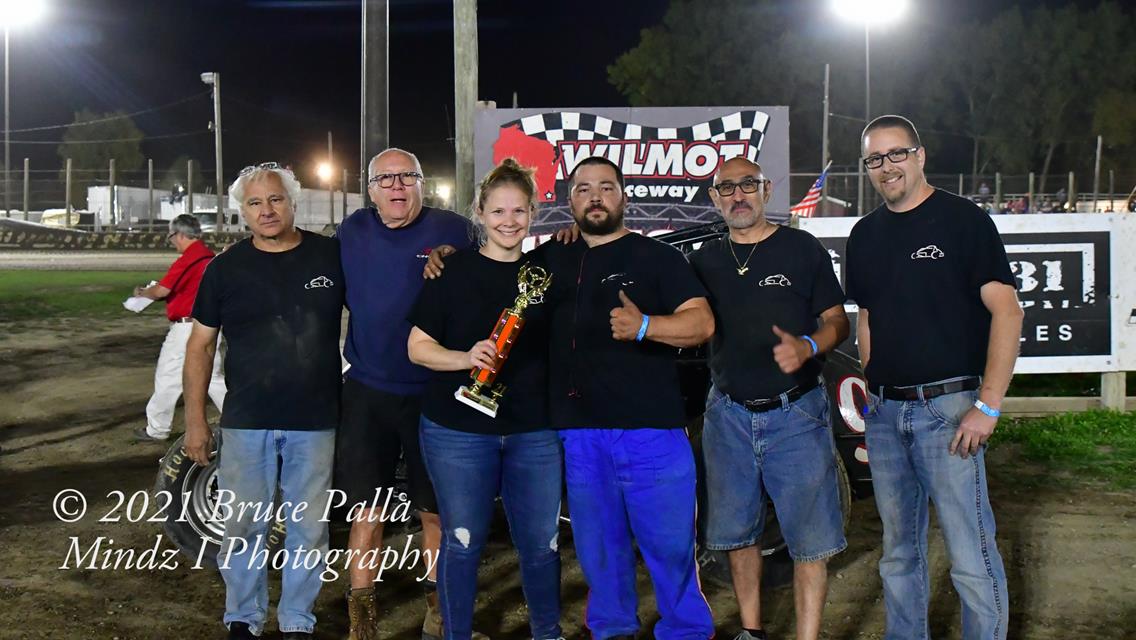