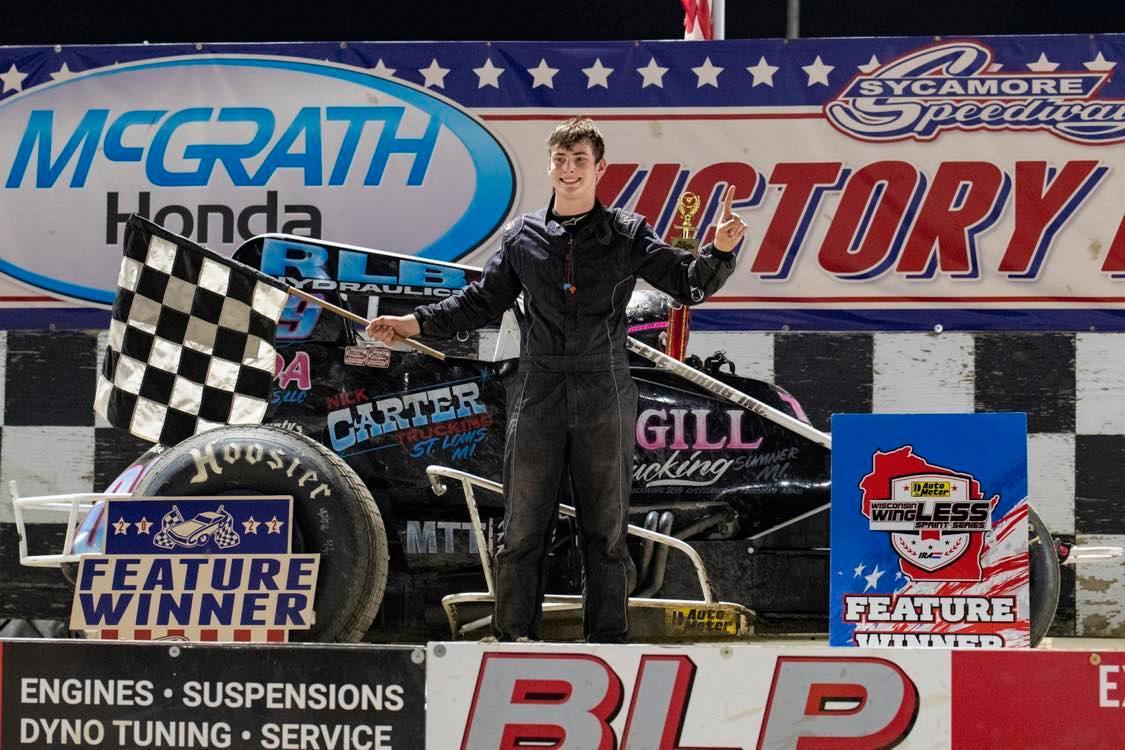 As the A main started Clayton Rossmann and Mike Sullivan jockeyed for the inside lane. Rossman would get it into turn 1 and take control over the field. The real excitement unfolded behind Rossmann though as Gurnee Illinois Zach Raidart took his 23z machine up to the cushion. Raidart started the feature in the 16th position and by lap 12 had moved into the 2nd spot. Rossmann was putting together perfect laps around the inside of the oval while Raidart pounded the cushion up to chasing him down. It appeared that the 23z was faster around the top then the 09 was around the bottom but running the cushion was like walking a tightrope. On lap 15 the white sand orange car piloted by Raidart powered past Rossmanns black and pink car but Rossmann stayed true to his line and kept patient on the bottom. One lap later as Raidart bubbled up top Rossman powered back by. Rossman would lead the next 4 laps as the 23z built momentum back up before once again driving by the 09 to take the lead on lap 20. It would be a short lived lead though as coming to lap 22 Raidart got crossed up coming off of turn 4 and once again fell back to the 2nd spot. With just a handful of laps left Rossmann needed to be perfect on the bottom to hold off Raidart who was once again building his momentum back up top. As the pair came out of turn 4 toward the checkered flag Rossmann had done it, he was smooth enough on the bottom to keep the 23z at bay.

Rossmann was victorious for the 3rd time this year, this time on his Birthday. The now 17 year old, and last years series rookie of the year not only claimed the victory but closed the gap to points leader Tim Cox to just 18 points with 3 races left.

The Wisconsin wingLeSS series returns to action on Saturday September 10th at the Wilmot Raceway before heading to The Dodge County Fairground on September 23rd, and the points season wraps up the following night on September 24th at The Plymouth Dirt Track for the Wisconsin Sprint Car Championships presented by A Main Apparel. 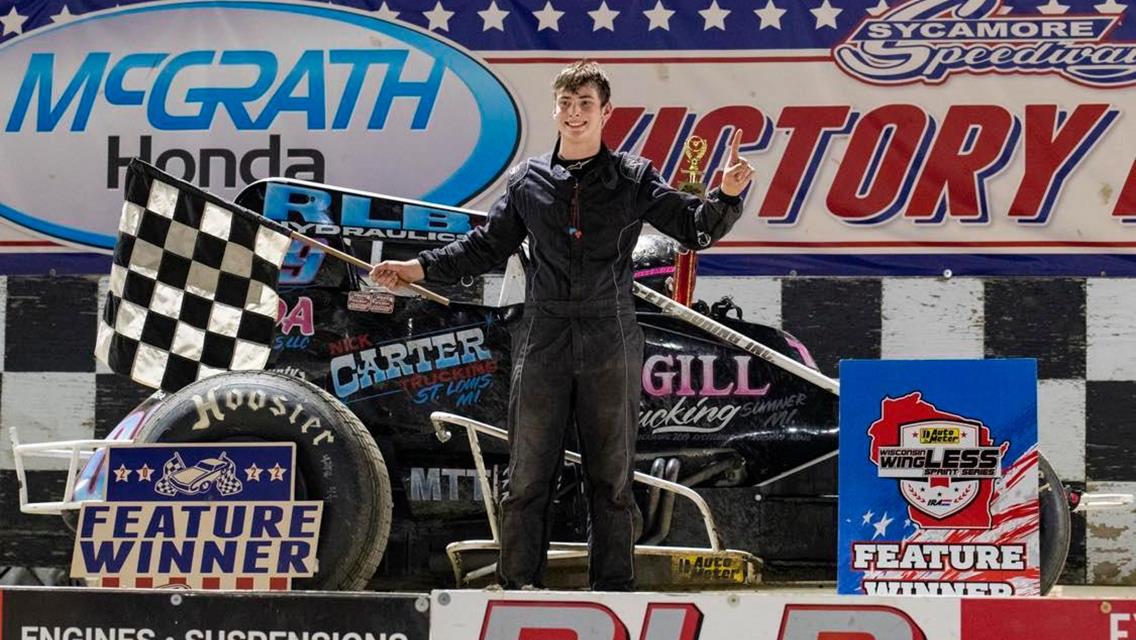 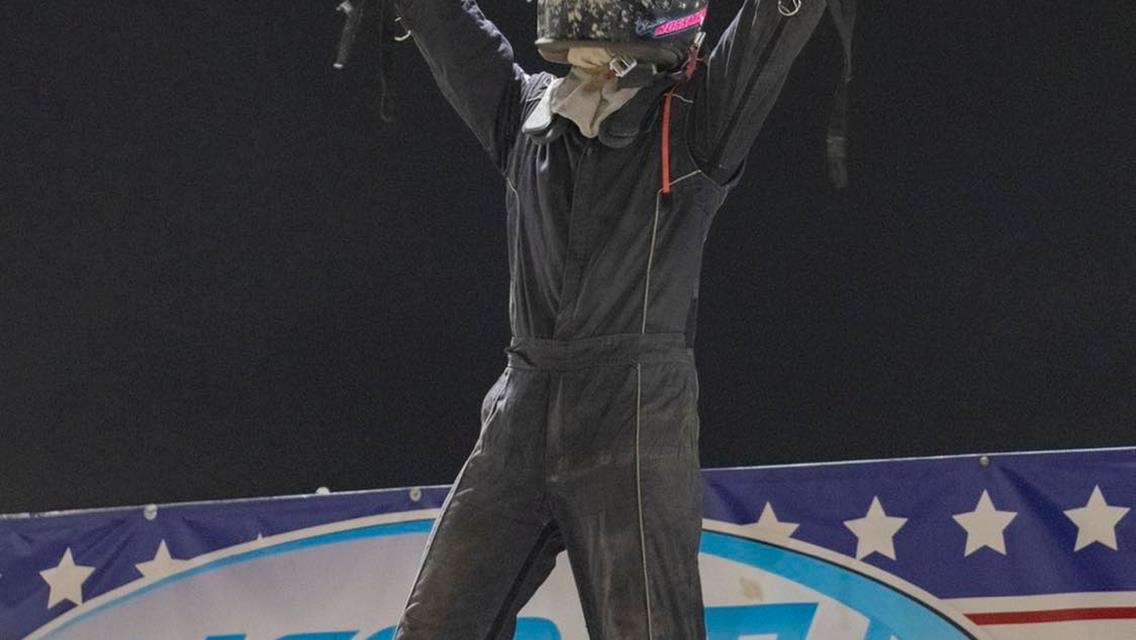 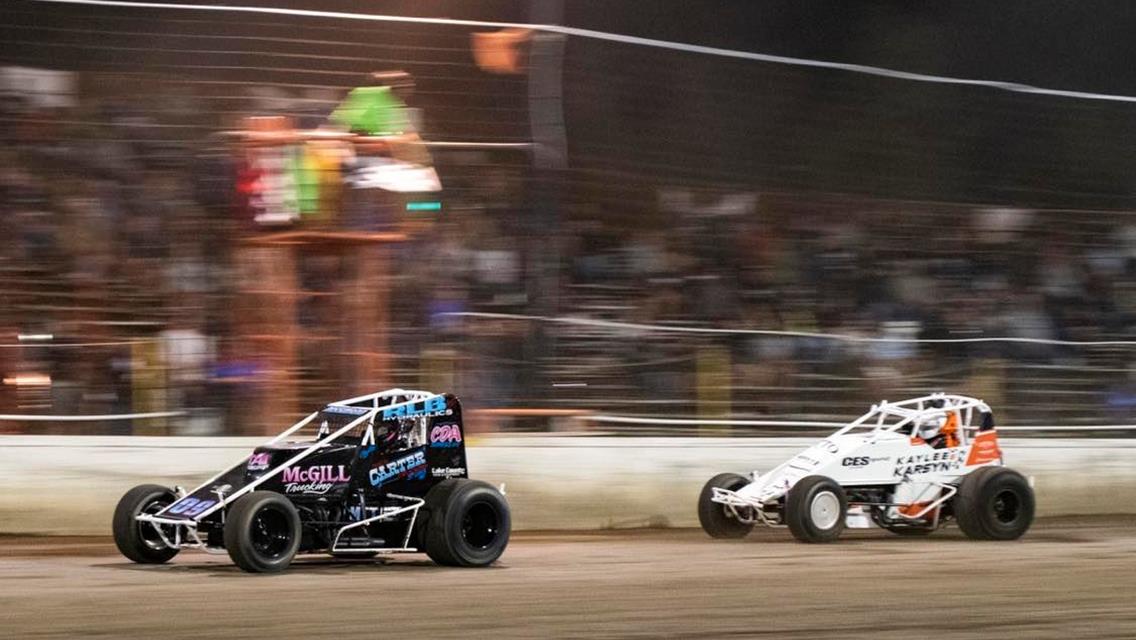