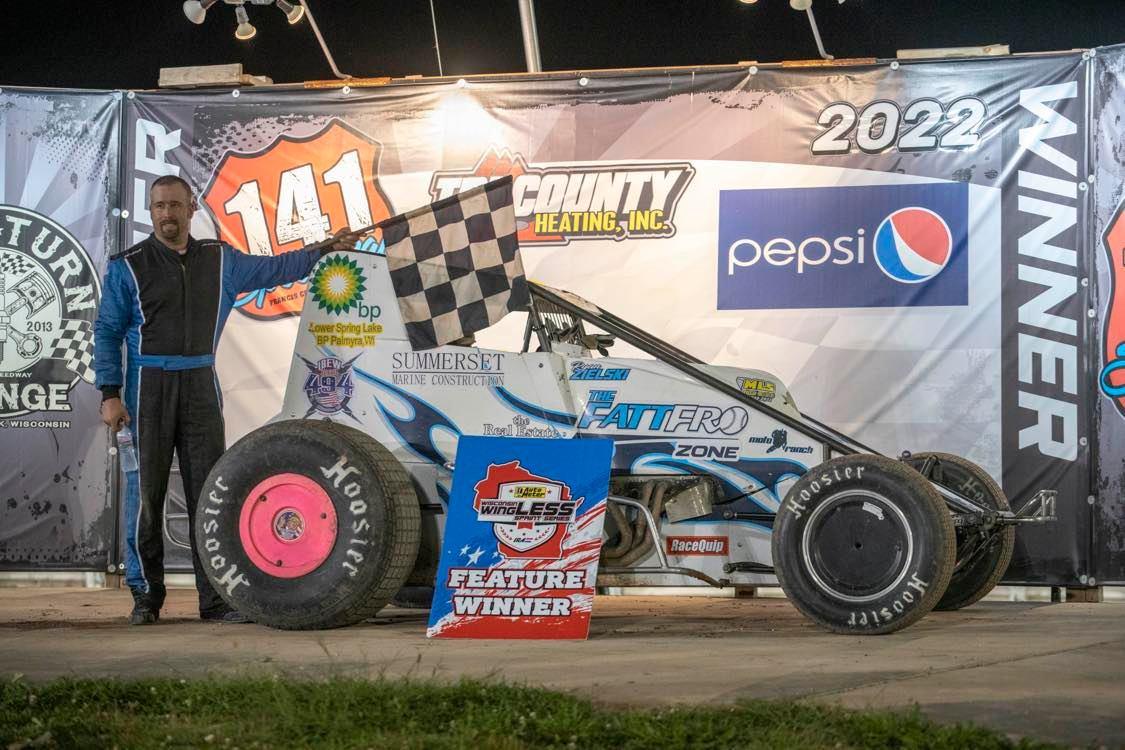 The Lightning sprints were the first feature to hit the track, and early on it was a pair of Brannams pacing the field as Ron led over grandson Max. But a trio of series veterans were stalking the duo like sharks. Mark Heinert would be the first of the three to get by them and take the lead, soon Mike Neau and Andrew Kiedrowski would follow and take over the podium positions. Heinert would not look back, leading the final 15 laps en route to victory.

The wingLESS series would follow, with Ryan Zielski starting from the pole. Zielski would take the early lead. The 14AJ piloted by Zielski would lead all 20 laps, but 2nd place running Zach Raidart did not make it easy, he kept his 23Z machine close but could not find a line around Zielski. Ryan Marshall would round out the podium.

The Wisconsin wingLESS series is back in action this Friday night at Illinois Sycamore speedway and Saturday at Wilmot. Then on September 23rd the wingLESS series goes to the Dodge County Fairgrounds before being joined by the Lightning Sprints on the 24th at the Plymouth Dirt Track as part of the Wisconsin Sprint Car Championships presented by A Main Apparel.